This year the Grand Depart of the Tour de France was in Yorkshire. If you live here you couldn't escape it - for months it's been the focus of events, festivals, exhibitions, the whole nine yards. There is a basic insanity in a French cycle race whizzing around Yorkshire (seriously, what's that even about? The Tour d'Italia left from Belfast, too. It's madness) Suspect geography aside, I was all for it. I have many cycling enthusiast friends and I knew it would make them happy.

But personally? I couldn't care less. I don't ride a bike. I don't want to ride a bike. I am not interested in watching other people ride bikes.  I'd see them go past because it's An Event and I approve of Events in my city but it all left me a bit blank, really.  Like when the Olympics came to London in 2012 - nice for people who like that sort of thing but I don't want to watch people doing PE so I didn't bother with it. 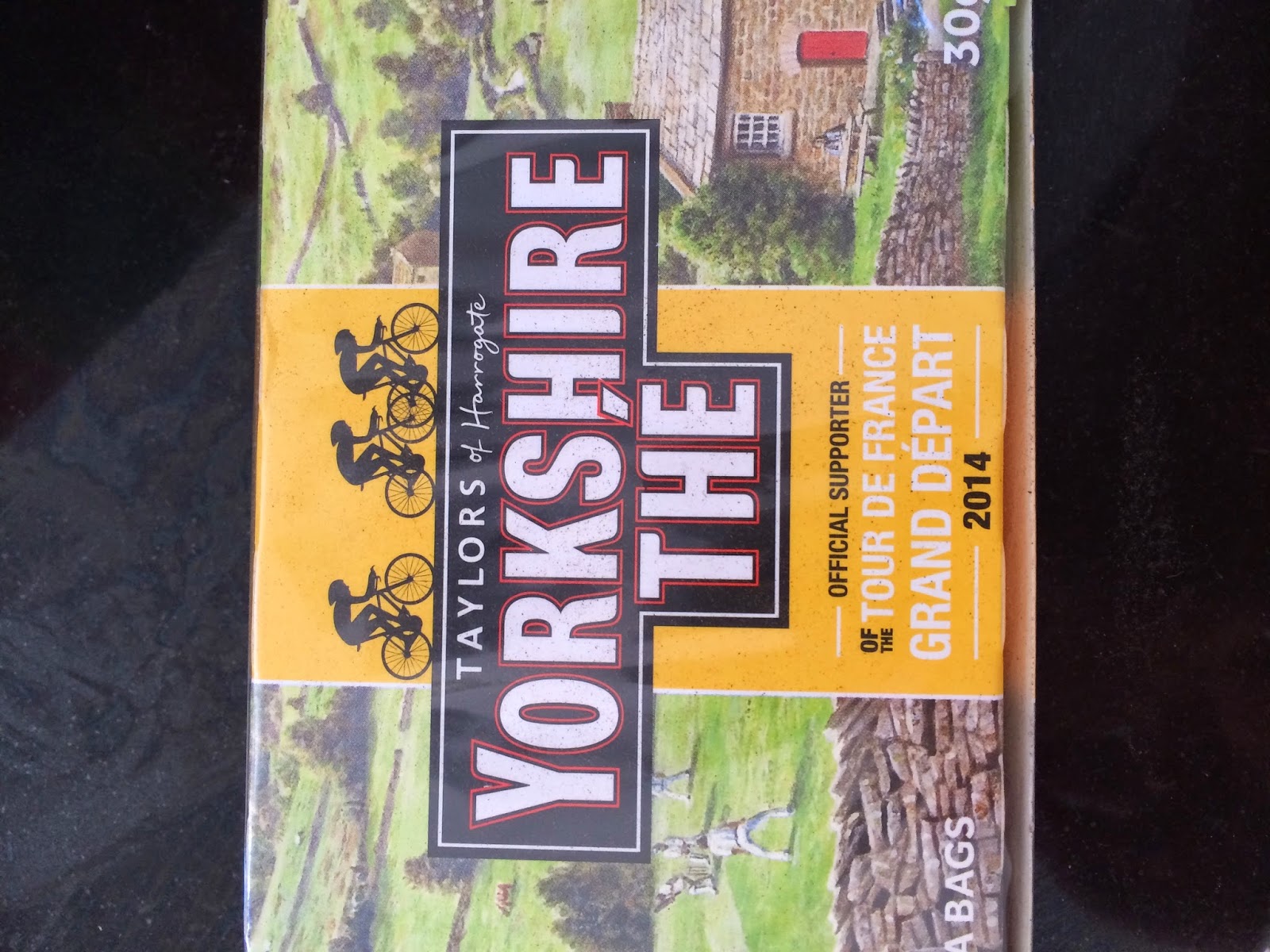 Before crazy, lovely knitters made 23,500 tiny Tour de France jerseys as bunting. Before the city's flower beds were replanted yellow. Before Yorkshire Tea had commemorative boxes made. Before the sun shone, the whole county came out to stand and cheer, and the glorious event kicked off in style.

It was wonderful. People laughing and chatting, the promotional vehicles flinging key rings and gewgaws into the crowds, police motorbike riders high-fiving everyone.

The cyclists were an anticlimax as they flashed by because they were in a big pack, whizzing past us on their way to the official start line at Harewood House. They weren't racing as such on our bit of the route.  They were also bunched up so close it was hard to pick out individuals from the peleton. Clearly the hillsides were the place to be for the exciting race stuff.

After the cyclists had gone by we walked home for lunch. I only meant to turn the race on the telly so our visitors could see it but I was hooked and watched the whole thing. From cheeky Jens claiming King of the Mountains to the drama as Mark Cavendish crashed out metres from the finish line I was fascinated. 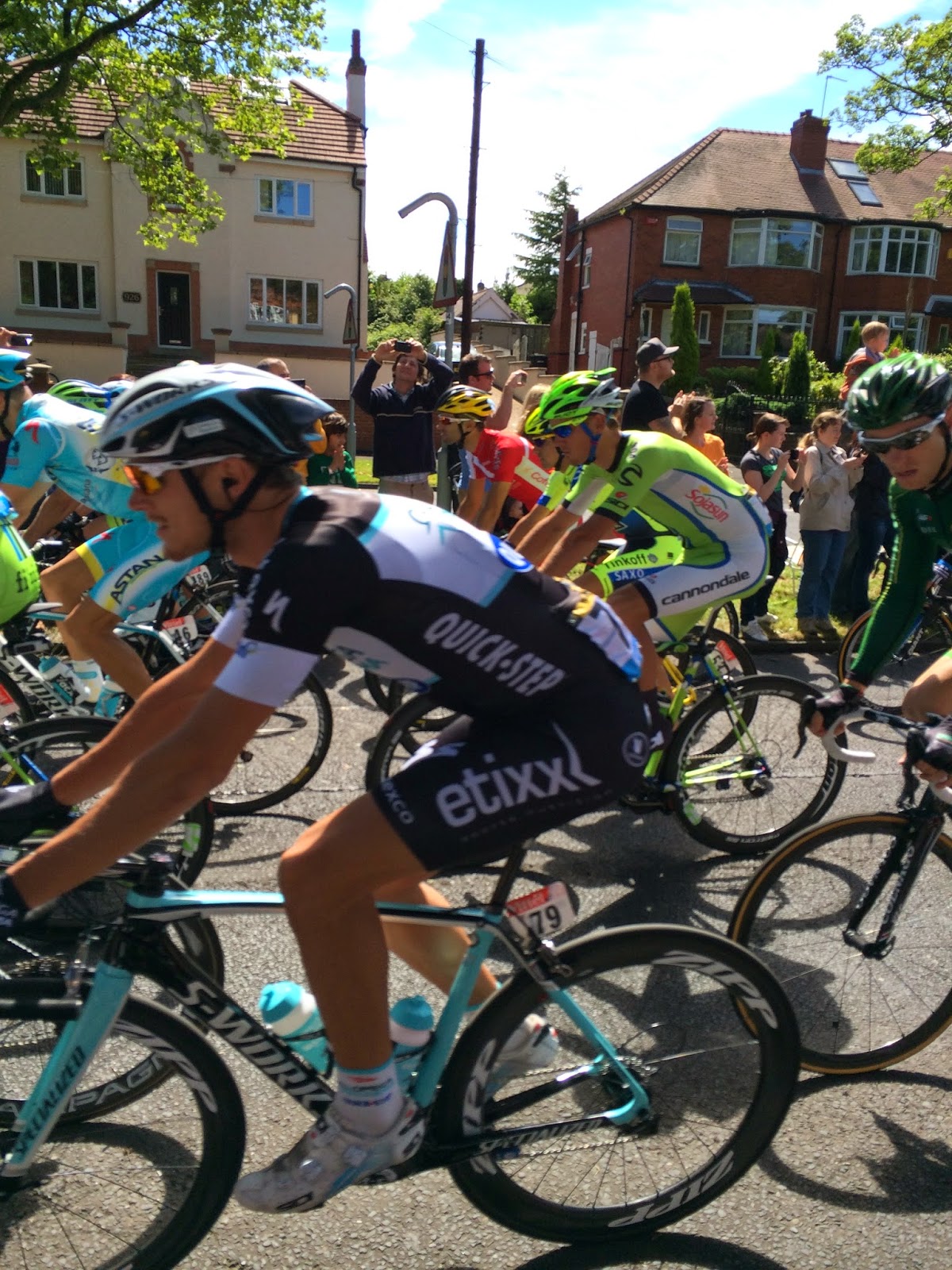 I haven't kept up with it since - I think I need my friend Alison with me to explain who is who to properly enjoy it. But I remain immensely proud of this region for putting on such a good natured, enthusiastic and beautiful show. Three cheers for the remarkable Gary Verity for bringing the Tour de France here. If he can make a convert out of this doubter, he can do anything.
Posted by Jay at 17:41 No comments: